Celebrating the End of an Era: 222 Seton Shields Genealogy Grants in 20 Years!

Celebrating the End of an Era: 222 Seton Shields Genealogy Grants in 20 Years!

Well, that was fast.

I got into genealogy young – around the age of 10. It was and still is my passion, but back when I finished with my education, the notion of making a living at it seemed foolish, so I embarked upon a career as a management consultant. There was a lot to be said for this choice as it gave me the opportunity to explore the world, but fast forward 15 years and I was averaging nine months a year overseas. As much as I love travel, it was time for a change. Still enamored with genealogy, I wondered whether I could make a go of it.

Based on what happened next, I believe that once you find the courage to do what you were put on this planet to do, the world responds. I know it’s hackneyed, but truly, doors open and opportunities materialize. I also learned that it’s best not to set concrete goals because you might limit yourself.

In those early days, I said ‘yes’ to every invitation I got – starting with the stunning chance to be the lead researcher on a PBS series called Ancestors – provided I would drop what I was doing, hop on a plane, and start the next day. I did.1

At that time, it was standard for a season to have 13 episodes, but I found so many more stories. It broke my heart that so many terrific tales couldn’t be squeezed into the show, so I hit upon the idea of writing a companion book. It was an iffy prospect at best (back then, PBS wouldn’t even consider a book until it had reached the bound galleys stage), but the producers gave me the OK to at least try. I swallowed a publishing-for-idiots book to learn how to put together a proposal and researched possible agents. After pitching 11, six called to represent me. I picked one and am still with her today. Two weeks later, I had my first book deal. In Search of Our Ancestors was born.

Before long I found myself on my first book tour. One evening after speaking in the Washington, D.C. area, I was approached by an Army officer who just happened to be in the store. They were trying on genealogists for size for a new initiative to identify soldiers still unaccounted for from past conflicts ranging from WWI to Desert Storm. DNA played a central role. Would I be interested? You bet I would.

[I would total my car in the colonel’s yard before being officially accepted, but that’s a story for another time.]

All of this transpired in my first year or so of becoming a professional genealogist. Lead researcher for a TV series? Check. Published author? Check. A chance to work in the brand new field of forensic genealogy for a meaningful purpose? Check again.

All of this would spill over into still more opportunities. The work on the TV show led to my first speaking gig – the banquet talk for a national conference (terrified in my hotel room before and cursing my “say yes” mentality, I somehow managed to pull it off). The Army work is why I was the first professional genealogist to champion the use of DNA testing (got some serious flack for the first 3-4 years or so). And the book led to other books, including Trace Your Roots with DNA, the first on genetic genealogy, and Who Do You Think You Are?, companion to another TV series.

But let’s stick with that first year. It was 1999-2000 and I was positively giddy. I couldn’t believe that I was getting to make a living doing what I loved and so much good fortune had come my way so swiftly. I decided to find a way to give back and that’s what prompted me to launch a genealogy grants program.

I kept it simple adding an application page to my website and started selecting one submission each month (in later years, I shifted to quarterly). If you’re curious about the details, this interview covers a lot of ground, including my formidable mother, Seton Shields, for whom the program is named (still more on her here).

And then, just like that, two decades flew by.

That’s when I began contemplating wrapping it up. I started in 2000 so would end after 20 years in 2020 after awarding 222 grants. Something about all those 2s and 0s appealed to me.

I had also achieved my six-figure goal. Mind you, this isn’t a matter of having deep pockets, but rather of making a commitment and being consistent with it. Early on, money was tight so donations were very modest. As my situation improved, I gave more. Turns out that if you do something steadily for 20 years, it adds up. 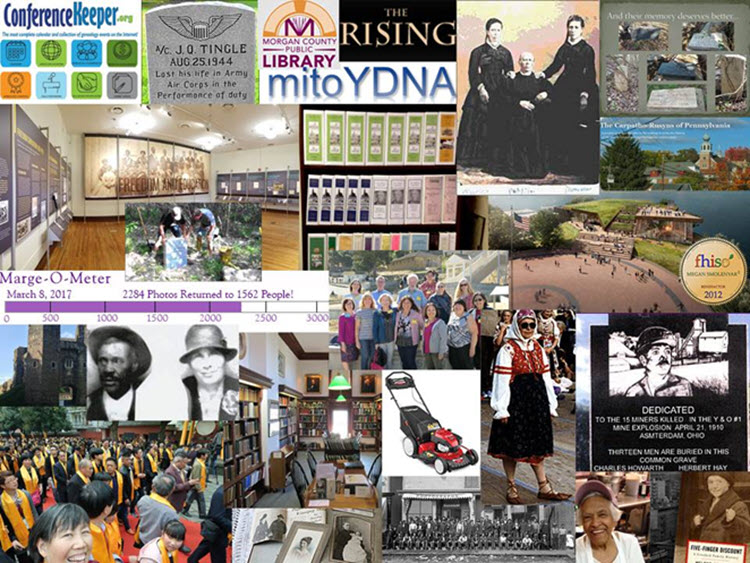 So who received the grants? Individuals and organizations in:

Like most genealogists, I have a soft spot for cemeteries, so it should come as no surprise that 33 cemeteries were beneficiaries (for everything from fencing to erecting new monuments to using ground-penetrating radar to identify graves, and once even for a lawn mower needed for maintenance). Due to another soft spot of mine, school kids and scouts were often on the receiving end, sometimes in support of Eagle Scout projects.

Among the personal projects were books, websites, family reunions, DNA projects, and documentaries. Institutional ones were often for scanning and/or transcription initiatives, but also for more mundane needs such as shelving and archival storage supplies. 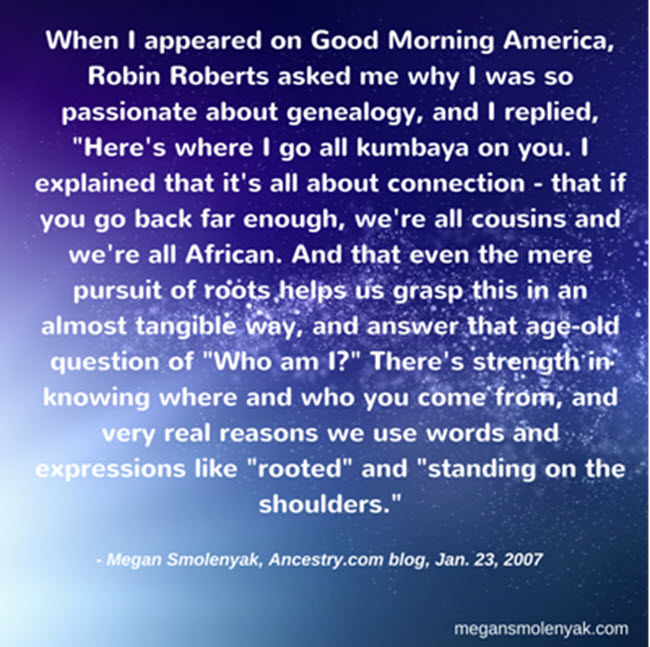 One of my fondest memories was speaking in New Zealand and being presented with a book on WWI soldiers from Fiji, one I had supported with a grant. Just a short while later, the same thing happened in Alaska, but this time for a book on tombstone transcriptions for the Kenai Peninsula.

These back-to-back experiences exemplify what I’ve hoped to achieve. Genealogy does so much good for the world, but even now, its contributions are under-recognized, so it’s challenging for worthy efforts to find funding. I hoped to address that as well as I could with a water-on-a-stone approach.  No single project is world-changing, but I’d like to think that all those classes, books, tombstones, transcriptions, shelves, databases, DNA tests, documentaries, websites, reunions, monuments, oral histories, digitizations, repairs, and what have you will have made a dent – and better yet, made a difference.

1 In case you’re wondering how I got a call like this out of the blue, I had met the producers about a month earlier when a mutual friend put us in touch so I could pick their brains about a documentary I was working on (another hobby of mine was local access television). It was only upon meeting them that I discovered their involvement with a family history series, and I did what every genealogist would do under those circumstances – babbled with excitement. Several weeks later, their lead researcher abruptly quit leaving them in the lurch. They flashed back to my enthusiasm and knew I had at least a passing acquaintance with the television world, so decided to roll the dice on me.